I can always find something to giggle about.

Like my client’s calm observance that one of her husband’s caregivers had dressed him in a female sweater, complete with gleaming, gold buttons.

Or the memory of my father’s face when during a reverse driving lesson, I accelerated too hard backing the car down the driveway, and  screeched to a halt inches away from him and the coffee he’d just spilled. I laugh even harder when I recall his next words, “Get out of the car!” 🙂 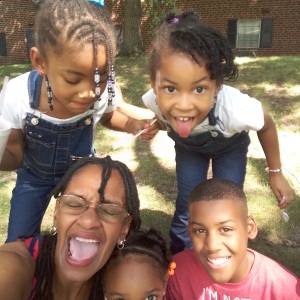 I think my granddaughter Ava is dripping slurpy juice from her mouth to my head! 🙂

And with yet another Dad memory, I can’t help giggling when I recall standing in the kitchen with him laughing at his own jokes, before he’s had a chance to finish telling them. 🙂

For me, giggling, laughter and acting youthful are like breathing – I need them to live; and according to a study in the Journal of American Medical Association, we could all benefit from adopting that attitude if we want longevity. In the CNN article (go ahead read it!) that talked about the study, they included 20 centenarians and the reasons they’d managed to live so long.

While they all hailed from various parts of the world: India, Italy, Greece, Japan, and the United States, many of them shared a few common denominators about what kept them going: a positive attitude, exercise, no smoking/drinking and a sense of humor.

As this nation gobbles down an overweight/obesity epidemic where poor diets of super-sized, deep-fried, excess carb portions and sedentary, over-stressed lifestyles are

Exercise time! Running and getting sweaty with a few of my grandchildren.

raising blood pressures and inciting heart attacks, some people are finding a way to prolong their life, instead of cutting it short.

Ann Nixon Cooper – the centenarian whose life former President Obama referenced during his election speech lived to the age of 107.

Jeanne Calmet, who lived in France, died at the ripe old age of 122.

Apparently, according to the CNN article, a couple of them, like Miss Jeanne, beat the odds with a few of their daily habits. It noted that she attributed her long life to “port wine, a sense of humor” an olive oil-based diet, and – get this – didn’t stop smoking until she was about 120 years old! Another one, Italian Emma Morano, who lived to 117 years old, believed that she made it that long by getting away from her abusive husband, and subsisting on a diet rich in … wait for it … raw eggs and cookies! 🙂

The bottom line is that we’re supposed to live our lives, not eat, stress, and sit our way into an early grave. So let’s perk up our sense of humor, throw on our sneakers and take a look at life through a whole new set of positive eyes! Our lives will be all the better for it! 🙂

Carnival fun on a ride with Miss Kaiere and her sister Angel! (not shown)