I don’t diet. The concept of dieting makes no sense to me. It’s all about restriction, which suggests the negative action of keeping something away that you like. Here’s how it works when you diet: You remove from your food list anything you believe is causing you to gain weight, which normally include fatty foods and sugary sweet carbohydrates. Now, a few questions:

If the answer to questions #1 and #3 are yes, then what was the point in removing them in the first place? Why take away something just to allow it back where it can wreak havoc all over again?

Or … could it be that it’s not the food that’s wreaking havoc, but rather the amount and frequency of your food choices – the lack of portion control? 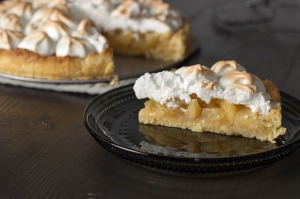 PORTION CONTROL: One slice; not two.

When I removed all meat from my food choices at 27 years old, I wasn’t restricting at all.  I didn’t want meat in my life anymore. The double cheeseburgers, loaded cold-cut subs, and butter-fried chicken I used to love did nothing but lay around in my digestive system like luggage with no plans to leave. My body felt bloated, tired and heavy – and that heaviness weighed down my mind. It’s nearly 30 years later, and my mouth still doesn’t water for meat. But it did water for dairy cheese during my entire two-year stint as a vegan. And though I knew of portion control before, that two-year period that made me appreciate its importance.

See, as a vegan I ate what I wanted, and how much I wanted – of veggie and fruit combinations, bean burgers, and vegan cheeses. I’d cut processed foods, where you’re sure to find the most salt, fat, and sugar, almost completely out. I lost over 25 pounds as a vegan, but I was restricting and feeling unbalanced.

Portion control offers a balance – a lifetime balance of  healthy and unhealthy, of good and evil. It offers almost a fool-proof guarantee that cravings of chocolate, cheese, or Munchos won’t wrestle us to the ground and incite a binge-eating frenzy. 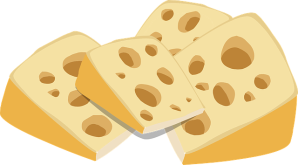 PORTION CONTROL: For me? Lower fat cheese – as well as smaller amounts

Now that being said, there are foods that I permanently eliminated from my food lists because of their high, deep-fried fat, and excessively high sodium content: canned foods, soy sauce, Shells and Cheese – check the labels; the sodium levels will blow your mind; deep-fried anything – they make me feel heavy, and neither of those food categories are heart-healthy. That leaves plenty of foods to enjoy at home, or even at fast-food restaurants.

Remember that McDonald’s diet experiment where the teacher – only eating McDonald’s food for 30 days – lost 37 pounds and lowered his cholesterol? Read about it here. I don’t advocate that method of weight loss or management as a positive influence: first – it’s a diet (’nuff said); second, this was a highly organized  and monitored experiment, far different than willy-nilly Mickey-D mealtimes. However, his results did show the positive effects of portion control, that you can keep the foods in your food lists that you love if you manage your portions.

So, a little cheese here, a handful of peanut-butter pretzels there works for me. I don’t feel bloated, heavy, or restricted.

My nutrition life is good. 🙂

7 thoughts on “Portion control: the only ‘diet’ you need”